Mediation: An Alternative to Litigation and Pathway to Healing. | Integrated Counseling and Wellness

Mediation: An Alternative to Litigation and Pathway to Healing.

Several years ago, as a young mother, I was a patient undergoing a superficial procedure during which a scalpel severed many layers of tissue, tendons, and muscles in my shoulder. I compassionately understand that mistakes, both professional and personal, are a part of life. However, In order to avoid involvement in a possible lawsuit, doctors waited for the statute of limitations to end before surgically exploring my injury and attempting to repair the damage. The inability to correct that mistake is what, to this day, still causes an emotional response in me that I am not proud to harbor.

This experience led me to a career for which I am very grateful. It began with this simple question: “What if the doctor was able to disclose mistakes and repair damage, both emotional and functional, prior to the point at which it became a lifelong hurt?”It is a question that I attempt to answer, as a mediator, with each person I meet that is in conflict.

Conflict is a constant in life. It is often what encourages us to make changes in our lives, thereby providing us with an opportunity for growth. How we deal with conflict directly correlates to the value we will have when the conflict is past. Most of us avoid conflict because the risks and cost are too expensive: emotionally, financially and/or personally. The investment in relationships at home, school, church, and work can easily inhibit open communication and honest interaction in an effort to prevent further damage. As a result, small issues escalate and the gaps in a relationship grow larger. A mediator can provide the necessary tools to structure interactions that move people toward the resolution of conflict.

Very simply, mediation is the process through which a neutral third party assists others in resolving disputes.

It is the role of a mediator to facilitate communication and to help parties resolve issues, forming a plan of action which guides their future interactions. Mediation is not counseling, nor is it the practice of law. Mediation involves two or more parties voicing their opinions and generating options for resolving issues with the goal of creating a written document that reflects their agreement. In some cases, the agreement may be binding and irrevocable. Mediation can be utilized in many different situations: from divorce to disputes among students, and from damages from an oil spill to neighbors arguing about the placement of a fence.

Although most often used as part of a legal process, mediation is available whether or not legal action is pending. In addition to being significantly less expensive than litigation, mediation is helpful in resolving issues before they escalate to the point of legal intervention or a total breakdown of communication. Mediating early in a dispute can serve as a formal time out, setting ground rules, both personal (such as when and how parties will communicate)and functional (such as how bills will be paid).

The agreement may also document the understanding between parties, such as what assets and benefits of the partnership will not be affected and if intervention during the period of the agreement, such as counseling, refinance, etc.will occur. By instituting a plan, parties are able to have a time out from emotions and stress that a dispute is creating while maintaining relationships and assets which have been mutually supported. Many times, the initial agreement may be the basis of a more permanent resolution, such as a divorce or dissolved partnership. In some cases, it provides needed respite, which enables parties to reconcile and move forward. Mediation can be used informally or as the basis of a legal settlement. The process is confidential, collaborative and cost-effective.

Conflict resolution through mediation can be an effective agent for change. It is not about whois to blame, it is about being honest about what exists today so that a plan for tomorrow can be made. From that plan, hope and healing are often found. 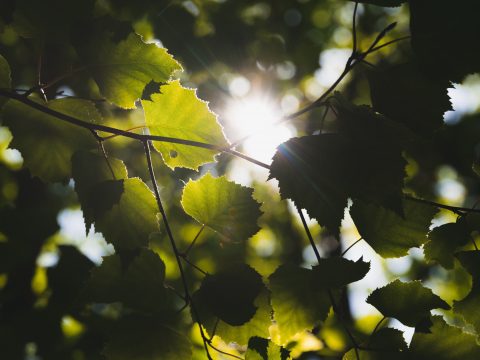